Patients with Arthritis Need More Counseling on the Benefits of Exercise

Regular exercise is shown to be beneficial for maintaining joint function and reducing pain and fatigue in patients with arthritis, and the American College of Rheumatology cites physical activity as an important nonpharmacologic intervention in the management of osteoarthritis. Although clinicians have increased their efforts to discuss the benefits of exercise with their patients, the results of a recent study indicate that approximately 40% of patients still are not being counseled on this topic (Hootman JM, et al. MMWR. 2018;66:1398-1401).

“Although the improvement among all health care providers is encouraging, opportunities exist to further increase counseling for exercise among adults with arthritis,” wrote Jennifer Hootman, PhD, National Center for Chronic Disease Prevention and Health Promotion, Centers for Disease Control and Prevention, Atlanta, and colleagues.

The researchers analyzed data from the National Health Interview Survey (NHIS), an ongoing survey that provides nationally representative estimates on a variety of health status and utilization measures among the nonmilitary, noninstitutionalized population of the United States. The analysis included responses from 31,044 adults in 2002 and 36,697 adults in 2014. Variations in age-adjusted prevalence of exercise counseling were studied across the 5 years in which both counseling for exercise and arthritis questions were included on the survey (2002, 2003, 2006, 2009, and 2014).

Despite an increase in the prevalence of exercise counseling, Dr Hootman and colleagues emphasized that approximately 40% of adults with arthritis are still not receiving this type of counseling from their providers. They suggested several strategies that could improve exercise counseling for this population of patients and noted that connections to community programs, such as the National Recreation and Park Association and the YMCA, may also be beneficial.

The researchers acknowledged several limitations of their study. The NHIS data were self-reported and response rates were low (74.3% in 2002 and 58.9% in 2014), which could bias results. The NHIS data only included information from civilian, noninstitutionalized individuals and may not apply to those in long-term care facilities, prisons, or in the military. In addition, the study could not address the quality and frequency of exercise counseling. 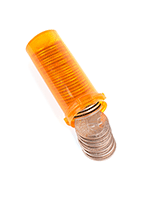