There is limited evidence regarding the safety of treatment with biologics in women with chronic inflammatory diseases (eg, rheumatoid arthritis, psoriatic arthritis, and Crohn’s disease) who are breastfeeding. However, results from a recent prospective, multicenter, pharmacokinetic clinical trial support the use of certolizumab pegol therapy in mothers who are breastfeeding, and demonstrated that absorption of certolizumab pegol by infants via breast milk is not likely (Clowse ME, et al. Ann Rheum Dis. 2017 Aug 16. Epub ahead of print).

In the CRADLE study, Megan E.B. Clowse, MD, Associate Professor of Medicine, Duke University School of Medicine, Durham, NC, and colleagues, evaluated the concentrations of certo­lizumab pegol in mature breast milk of patients receiving this biologic, and calculated the average daily dose of certo­lizumab pegol potentially ingested by infants being breastfed. In addition, they evaluated the concentration of polyethylene glycol levels in the breast milk, and assessed safety events in mothers and infants.

Between September 8, 2014, and October 30, 2015, they evaluated 17 lactating women who were being treated with certolizumab pegol for an approved indication. Eligible participants had to be ≥6 weeks postpartum, and neither pregnant nor planning to become pregnant during the course of the study.

Using optimal analytical methods, Dr. Clowse and colleagues determined the levels of certolizumab pegol and polyethylene glycol in the breast milk. In addition, subgroup analyses were performed based on indications that were present in ≥3 patients (ie, rheumatoid arthritis, Crohn’s disease, and psoriatic arthritis) to determine whether indication had any effect on the transfer of certolizumab pegol into breast milk.

Results from the subgroup analyses suggested that the transfer of certoliz­umab pegol into breast milk is not associated with the mother’s indication. Dr Clowse and colleagues also noted that they did not identify any new safety issues related to the use of certolizu­mab pegol. Adverse events in mothers reflected the current safety profile of the biologic, and adverse events in infants were consistent with those of similarly aged infants not exposed to the drug.

“These findings suggest that the level of CZP [certolizumab pegol] ingested by the suckling infant is minimal and indicate that continuation of CZP treatment is compatible with breast feeding. The robust clinical evidence from the CRADLE study allows breastfeeding women with chronic inflammatory diseases and their treating physicians to make informed decisions regarding their postpartum treatment,” Dr Clowse and colleagues concluded.

“These findings are reassuring and support continuation of CZP [certoliz­umab pegol] treatment during breast feeding,” they said. 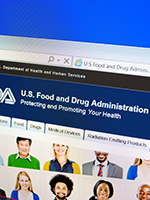