GCA is a chronic inflammatory disorder that targets large- and medium-sized arteries. Symptoms of the disease include headaches; visual disturbances; polymyalgia rheumatica; claudication of the arms, legs, and jaw; and inflammation of the aorta and its branches. For years, the cornerstone of treatment for patients with GCA has been glucocorticoids, with the goal of alleviating headaches, suppressing inflammation, and preventing visual loss. However, because of the cumulative toxic nature of these medications,2 investigators have been searching for alternative therapies that can be used in the management of patients with GCA. One such drug is tocilizumab, a monoclonal antibody FDA approved for the treatment of patients with moderate-to-severe rheumatoid arthritis and juvenile idiopathic arthritis.3 In May 2017, the FDA expanded approval of subcutaneous tocilizumab for the treatment of adult patients with GCA.

This approval was based largely on data from the GiACTA trial (N = 251).1 In this study, John H. Stone, MD, MPH, Director, Clinical Rheumatology, Massachusetts General Hospital, Boston, and colleagues sought to evaluate whether adding subcutaneous tocilizumab to prednisone therapy in patients with GCA would result in higher rates of sustained disease remission than placebo.

Dr Stone and colleagues suggested that the higher rates of serious adverse events in the placebo arms may be associated with the high cumulative doses of prednisone given to these groups.

Although tocilizumab administered weekly or every 2 weeks yielded higher rates of sustained glucocorticoid-free remission in patients with GCA than placebo when used in combination with tapered prednisone, Dr Stone and colleagues asserted that further investigation will be necessary to determine the long-term safety and efficacy of tocilizumab in this patient population. They also noted that a 2-year, open-label follow-up to the GiACTA trial may be helpful in providing these additional data. 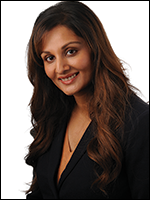