Investigators in a retrospective study mined data from the Corrona registry of patients with psoriatic arthritis (PsA) to determine whether previous biologic use had an impact on the persistence of treatment when patients began therapy with a tumor necrosis factor inhibitor (TNFi) (Harrold LR, et al. Clin Rheumatol. 2017;36:895-901).

“Treatment persistence and prior biologic use are well documented in patients with RA [rheumatoid arthritis] and psoriasis; however, less is known about persistence in patients with PsA. PsA is manifested in a diverse range of symptoms, and symptom severity varies over time, which complicates treatment and may influence treatment persistence….The current study was undertaken to address this knowledge gap by describing persistence with TNFi in patients with PsA and to identify predictors of persistence, including the role of prior biologic use,” said Leslie R. Harrold, MD, MPH, Associate Professor, Orthopedics and Physical Rehabilitation, Department of Medicine, University of Massachusetts Medical School, Worcester, and colleagues.

Patients from the Corrona registry, an independent, observational US registry housing data on patients with rheumatic diseases, were included in Dr Harrold and colleagues’ study if they had received a PsA diagnosis; had initiated therapy with a TNFi (ie, adalimumab, etanercept, golimumab, or infliximab) between October 1, 2002, and March 21, 2013; and were aged ≥18 years.

Patients were observed for 4 years, from the index date until the earliest instance of a last follow-up visit, or of nonpersistence (discontinuing TNFi therapy, switching to different biologic or small-molecule therapy, or a gap of ≥1 years between follow-up visits).

Patients Who Did and Did Not Persist

Some predictors of persistence were similar between biologic-naïve and biologic-experienced patients. In both patient subgroups, moderate and high activities based on the Clinical Disease Activity Index were associated with persistence, as was a shorter disease duration.

“The current study provides insight into the factors that influence persistence with a TNFi and how persistence differs based on prior exposure to biologics. Specifically, in patients who were biologic-naïve, disease duration and disease activity were associated with persistence. In addition to these factors, in patients who were biologic-experienced, prior medications and physician global skin assessment were also associated with persistence,” the investigators reported.

Overall, the rate of discontinuation of TNFi therapy was 46% among the 1241 patients in the study, but the reasons remain unknown.

“We did not have access to data on reasons for TNFi discontinuation; consequently, the observed treatment nonpersistence could reflect either treatment success (i.e., achievement of LDA [low disease activity] or remission) or failure (i.e., increased disease activity or worsening of symptoms),” explained Dr Harrold and colleagues.

Another study based solely on biologic-naïve patients showed that 39% switched treatments. In this comparative study, there were 309 instances of nonpersistence in both subgroups because of switching.

“Physicians who are treating biologic-naïve patients may be more willing to switch them to a new drug when their disease activity increases because they have more remaining therapeutic options available to try. Such a scenario would be consistent with our findings. Similarly, physicians may be less willing to quickly switch biologic-experienced patients when their disease activity increases because those patients have fewer remaining therapeutic options available to try. Both of these scenarios suggest careful consideration in choosing the initial biologic to increase the likelihood of a favorable outcome with the first drug used,” concluded Dr Harrold and colleagues. 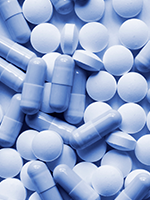