“At some hospitals, the charge for a single diagnostic test is higher than the Medicare reimbursement for the entire hospitalization,” Dr Bhattacharya said during a poster presentation at the 2014 American Academy of Neur­ology meeting.

Diagnostic testing is a major contributor to hospital charges for stroke and TIA. Neuroimaging was the largest growing cost component of inpatient stroke care from 1999 to 2007, increasing in cost by 213% after adjusting for inflation. A 2009 study from the National Cancer Institute estimated that computed tomography (CT) scans performed in 2007 will cause an excess of 29,000 cancers and 14,500 deaths as a result of radiation exposure.

As part of their study, Dr Bhattacharya and colleagues investigated the variability in cost between tests within a single metropolitan area and the charges for tests of questionable utility.

Hospital charges were ascertained from the website www.newchoice health.com. The least expensive and most expensive charges for a “basic workup,” including brain CT, carotid ultrasound, and transthoracic echocardiography, were computed. Charges for additional tests, such as CT angio­graphy (CTA) and magnetic resonance angiography (MRA) of the brain and neck, were also assessed. The charges were assessed at hospitals in 1 metropolitan area.

“Necessity was based on clinical trial data,” said Dr Bhattacharya. “For instance, we have a couple of clinical trials published in the past few years that demonstrate that you can detect areas of narrowing in the carotid arteries, but it may not necessarily change your treatment strategy. Based on these data, we suspected that the MRA or CTA may not necessarily change the treatment strategy.”

The charges tended to be highest for tests of dubious value, Dr Bhattacharya said. “Based on our practice, we see that they’re ordered very frequently,” he said, “but I don’t know that there’s formal evidence to show how often they are being ordered.” 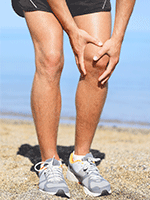 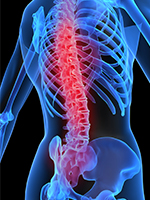