Results of a new study suggest that the rate of peripheral CD4 replenishment after the administration of alemtuzumab, a lymphocyte-depleting anti-CD52 monoclonal antibody, does not correlate with multiple sclerosis (MS) activity in patients with relapsing-remitting MS. This post hoc analysis of data from clinical trials of patients with MS showed no correlation between levels of peripheral mononuclear cell subsets and disease activity, activity on magnetic resonance imaging (MRI), or disability accumulation. One exception, however, was a lower CD4 T-cell count in patients who had accumulated disability in the first treatment cycle (Kousin-Ezewu O, et al. Neurology. 2014;82:2158-2164).

Using a much larger cohort (N = 108 vs 56) and greater follow-up period (99 months vs 40 months) than an earlier study (Cossburn MD, et al. Neurology. 2013;80:55-61), respectively, which suggested that peripheral CD4 recovery could be used to predict MS disease activity after treatment with alemtuzumab, “we fail to confirm the claim that accelerated CD4 T-cell recovery after treatment is a biomarker for recurrent MS disease activity following lymphocyte depletion with alemtuzumab,” wrote lead author Onajite Kousin-Ezewu, MRCP, and coinvestigators. “We also find no evidence that a CD4 T-cell count of greater than 388.5 × 106 cells/mL at 12 months has utility in selecting a group of patients who may benefit from more intensive monitoring or perhaps even prophylactic repeat dosing,” they noted.

In response to the earlier article suggesting that differential lymphocyte recovery could be used to predict posttreatment MS activity, Kousin-Ezewu and colleagues analyzed data from clinical trials for 108 patients who had been followed for a median of 99 months after treatment with alemtuzumab. The data showed that within each treatment cycle, no differences were observed in the number of CD4 T cells, CD8 T cells, CD19 B cells, CD56 natural killer (NK) cells, or monocytes between patients with and without clinically defined relapses. Furthermore, using the Fisher’s exact test, no relationship was found between a CD4 cell count of more than 388.5 × 106 cells/mL at 12 months and risk of disease relapse.

In an accompanying editorial, Neil P. Robertson, MD, and Neil J. Scolding, PhD, Department of Neurology, Cardiff University, Wales, United Kingdom, concurred that these results indeed suggest that alemtuz­umab is not a biomarker for disease activity (Robertson NP, Scolding NJ. Neurology. 2014;82:2150-2151). However, they added that “despite conflicting results, the pace and nature of lymphocyte reconstitution remains an attractive target for biomarker investigation.”

Drs Robertson and Scolding further questioned the decision by the US Food and Drug Administration in 2013 to not approve the drug for the treatment of MS: they posit the confusion why alemtuzumab, “having been approved for use in Europe but, to the dismay of many specialists, let alone patients, having so far been denied a license in the United States.”

Drs Robertson and Scolding conclude, “To those of us somewhat incredulously observing from afar, it seems inconceivable that such a powerful and valuable new component of our MS therapeutic armamentarium can continue to be denied to US patients,” while it is available to those in Australia, Canada, the European Union, and Mexico. 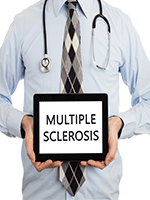 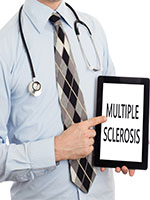