Migraine Prevalence Rises with Decline in Income, but Remission Is Stable

Migraine frequency increased in women and men as annual household income declined from ≥$60,000 to <$22,500. The association remained significant in both sexes after accounting for race and other confounders. However, the likelihood of migraine remission was unaffected by household income, as poorer and more affluent patients had similar remission rates.

“What the study of socioeconomic status shows for the first time is that [migraine] incidence is related to household income,” Walter F. Stewart, PhD, Vice President and Chief Research and Development Officer for Sutter Health in Walnut Creek, CA, told Value-Based Care in Neurology.

“One way that we think of this is that income level represents a basket of possible exposures to stressors. In general, the higher the income, up to a certain point, the lower the level of exposure to stressors. So, this study demonstrates that the reason why prevalence is related to household income is because new migraine cases occur at a faster rate in lower-income groups. This suggests that the onset of migraine is probably strongly related to external exposures.”

The finding of the lack of association between income and remission is new and unexpected. “This may suggest that endogenous factors—such as genetics or psychological and physiologic response to pain—mediate how quickly migraine remits in individuals,” said Dr Stewart. “Individuals in different income groups remit at the same rate. So, endogenous factors that mediate remission are not influenced by stressors that differ by income.”

As is the case in many diseases, socioeconomic status is linked to overall health and well-being. That the prevalence of migraine increases as socioeconomic status declines may not be new, but the explanation for the association has remained unclear. Two general hypotheses have evolved: social selection and social causation.

The social-selection hypothesis posits that a disabling disease can cause a decline in social status because of adverse effects on an individual’s performance. The social-causation hypothesis holds that low socioeconomic status is associated with stress or other disease factors that affect the incidence or duration of a condition.

Study Details
Dr Stewart and colleagues performed a retrospective cohort study to test the 2 migraine hypotheses. If the association between socioeconomic status and migraine reflected social selection, no observable effect on migraine incidence or remission would be expected. If the association were explained by social causation, the data would be expected to show higher incidence and lower remission rate or longer duration of the condition in migraine patients with low socioeconomic status.

The analysis involved data from the American Migraine Prevalence and Prevention Study, which had a population sample comprising 132,674 females and 124,665 males aged ≥12 years. About 60% of the participants (85,373 women and 77,332 men) responded to an information request Dr Stewart and colleagues sent to them.

Migraine incidence and remission rates were estimated for men and women within 3 annual household income levels:

In both sexes, patients in the lowest-income group tended to have extremely severe pain and Grade IV MIDAS (Migraine Disability Assessment) questionnaire impact, were less likely to have infrequent headache days, and were more likely to have a history of prescription migraine medication use in the past year.

Migraine prevalence peaked at age 38 years in women and at age 40 years in men. In both sexes, age-specific prevalence was higher in the lowest-­household-income group.

Unexpectedly, age-specific remission rates did not differ by household income in either sex.

“We know from other work on remission that most individuals who get migraine remit, and most of the remission occurs within 5 years of when migraine first started,” said Dr Stewart. “That is the good news,” he emphasized.

“Unfortunately, some people may lack factors that are critical to remission, and they continue to have migraines over many years. Fortunately, for these individuals we have a large array of treatment options. Hopefully, in the future, we can better understand how remission occurs and design treatments that foster remission in those who are at risk of having migraine for decades,” he concluded.

Related Items
Dementia Risk Rises in Some Women with Use of Calcium Supplements
Charles Bankhead
Web Exclusives published on April 27, 2017 in Alzheimer’s Disease/Dementia 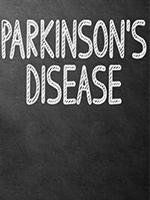